Steve Betts feels blessed to have a successful business — but not just because of what it means for himself and his own family. As Steve’s DreamMaker Bath & Kitchen franchise has grown, it has given him the ability to give back to his community by tackling projects for needy families without charging for his services.

"We all probably go through places in life where we need others to help us, and we're just fortunate enough to be in the position to help them out right now," Steve told KMAC News, which ran a story recently about Steve’s efforts to help a family by remodeling their kitchen to make it safe for their daughter.

"Without them, I don't know how we would've done it," Brooke Phillips said of DreamMaker Bath & Kitchen.

"She's two and she doesn't walk. She has lots of non-verbal skills, like she signs, but she doesn't talk quite well. She has problems with everyday life skills that you would normally have. She's not able to cope with many things. Her temperature isn't... she's not able to keep up with that either, if she gets too hot, she gets really hot and if she's too cold, she turns blue."

But that's not all, the older Katie gets, she'll begin to develop an insatiable appetite.

The company, along with Sherwin-Williams and Ferguson Enterprises, is donating the materials and manpower to re-do Phillips' kitchen, so Katie can't get in the cabinets.

"You have to lock up every single item in your kitchen, all the foods, all the cleaning supplies, all the garbage, everything. I knew this was going to be more than something that I could just handle with a few products from Lowe’s," Phillips explained.

The project only took a little more than two weeks to complete, but if you ask Phillips, the final product will be appreciated for years to come.

"They are saving her life," she said.

With every project, Steve looks for opportunities to enhance the lives of his customers. In fact, the ability to bring joy into people’s lives by giving them beautiful, functional spaces is one of the things he enjoys the most about owning his DreamMaker franchises, one in Lubbock and one in Amarillo.

“I’m a giver — that’s part of my personality,” he says. “I feel like I am giving customers what they want, and the look on their faces when they see the completed projects — that’s something you don’t get if you’re just selling pizzas. It’s about more than just making money — you make a difference.” 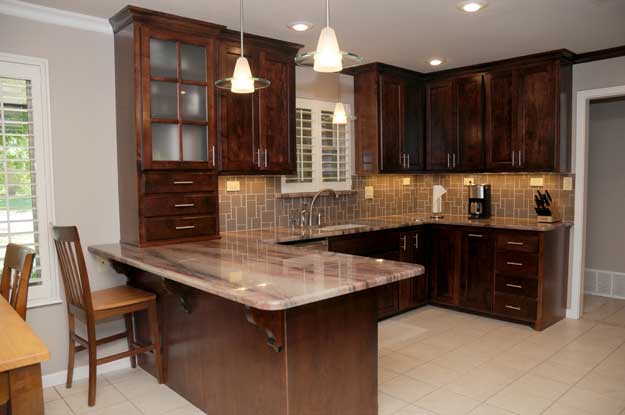 One of the many kitchens remodeled by Steve Betts' DreamMaker franchise.

Learn more about the DreamMaker Bath & Kitchen franchise
Steve’s giving is a great example of living by the Code of Values that is central to the way DreamMaker does business. Two of the values: “We believe in superior service to our customers, our community and to each other as members of the DreamMaker team” and “We believe our Creator put us on this earth to succeed. We will accept our daily successes humbly, knowing that a higher power is guiding us.”

To learn more about DreamMaker’s Code of Values, as well as our business model for starting and building a successful remodeling franchise, visit our research pages. If you would like to know more about starting a DreamMaker remodeling business or converting your existing business to the DreamMaker model, fill out this form to download our free franchise report and start a conversation. We look forward to talking with you!