Remodeling magazine recently selected the DreamMaker Bath & Kitchen remodeling franchise in greater Grand Rapids, Michigan, as one of its Big 50 national remodeling companies. The magazine praised the Grand Rapids location for its employee retention, bonuses paid on profitability, bonuses paid on staying within project budgets and emphasis on our Code of Values™ — focusing on respect, integrity and customer service. 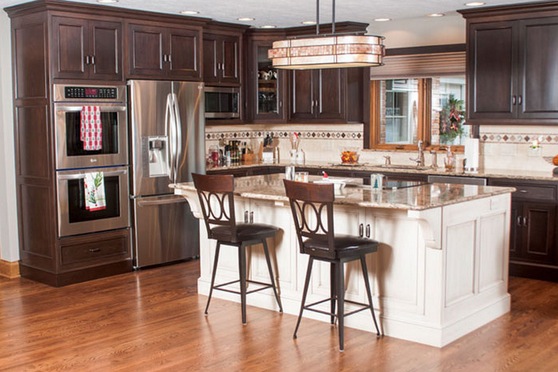 “Receiving the Big50 award is an affirmation of the talent, dedication and goodwill of our entire team,” says Bill Wolf, the Grand Rapids franchise owner. “Each member has played a significant role in making DreamMaker Bath & Kitchen of Grand Rapids a quality remodeler that’s easy to work with and that creates lasting beauty. It has taken years of continued focus to achieve this level, and even then, we had lots to learn. We are so honored and grateful for this award. It is deeply encouraging to our whole team.”

DreamMaker Bath & Kitchen is a remodeling franchise that helps entrepreneurs and remodelers earn strong financial numbers while focusing on their quality of life. Our franchise owners enjoy much stronger margins than most remodelers, and their customers report much higher satisfaction. DreamMaker's business practices are guided by biblical principles of service, respect, and integrity, and those principles are a key to our success.

DreamMaker has helped existing remodelers take their operations to the next level by providing training, systems, and support. Those same resources have helped entrepreneurs without a remodeling background launch businesses that are among DreamMaker's top performers.

According to Remodeling, the Big 50 owners “run their businesses by the numbers, not by the gut.” What they hold in common is managing the job by the budget, tracking gross margin on each job, creating operating budgets, tracking labor utilization and tracking change orders.

Remodeling magazine recognized DreamMaker in Grand Rapids for its bonuses, employee retention and emphasis on the franchising company’s Code of Values.

Bill’s bath and kitchen remodeling franchise in Grand Rapids is environmentally conscious, helping redesign homes for those with disabilities, as well as its Aging in Place program, which allows people to stay in their homes longer.

This is not the first time the company has received acclaim. In 2008, it was the regional winner of the NARI’s Contractor of the Year Award for residential kitchens, and won its 2010 and 2013 regional awards for residential baths.

For in-depth details about the DreamMaker Bath & Kitchen remodeling franchise opportunity, download our free franchise report. You also can learn more by visiting our research pages.