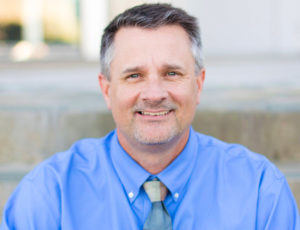 People come to DreamMaker® Bath and Kitchen’s faith based franchise any number of ways. Some respond to our advertising. Some hear about us through word of mouth. And some, like DreamMaker® franchisee, Johnny Snyder of Waco, TX, come to us in an entirely different way. This is his story.

You found out about  DreamMaker Bath and Kitchen in an unusual way. How did all that happen?

Anyway, my old company, a sports medical equipment firm, got new owners last year and they promised me ownership and some other things, which was great. But a few months later, they came in and turned my world upside down by taking me out of my role as president. So, one day I was just sitting in my office after a bad meeting and I started praying. I probably hadn’t prayed in a long time like I did that day. Something told me to get on LinkedIn and start going through people I know, and Doug Dwyer pops up. I immediately got emotional and then a calm came over my heart. I had been praying for a sign and when Doug showed up it was like God said, "Here you go Johnny." I asked for a sign and here it was. I didn't know exactly why I was supposed to meet and talk to Doug, but I knew it was necessary. I had never felt this way as I typically hide all my emotion's but this was too great for me to deal with. I had to tell one of my Manager's about it. God works in mysterious ways. I told Doug I don't know what it could be, but “Until I meet with you, I will keep praying on it.

Yes, totally different. I brought one of my employees in, told him the whole scenario and what just happened. He said, “You've got to call him!" So I did, and about two weeks later, we had lunch. We really didn't discuss business. We discussed my business a little bit and my career. I didn't really tell him what I was looking for. At the end he said, "You know what, Johnny? I don't have anything in my business at all for you with your background." He said, "But God is asking me to ask you something and I don't know how to ask it." He paused for just a second. That's what caught me off guard. He finally says, "Have you ever thought about being a business owner?" Man, I fell back because that's what I've been dreaming about for a long time.

You had been wanting to be a business owner?

Yeah. That's what I'd been dreaming about when my old company demoted me. I was already thinking about it. I told Doug, "This is exactly what I want." He said, "Well, I want you to do this, but I want you to fast and pray about it." I said, "Sure. Send me the info." That weekend I fasted and prayed. At that time, God came over me more. My whole family life and everything has just changed since. I've gotten closer to God through this whole thing.

This whole experience has strengthened your faith?

Yes. I'm a Christian. Of course, I believed back then but I believe even stronger now than I ever have before. I will say this: The devil has put obstacles in my way during this whole journey and I've gotten around them. Everything has come together at certain times where I was in doubt. Things came together to make it happen anyway. It's like a destiny. 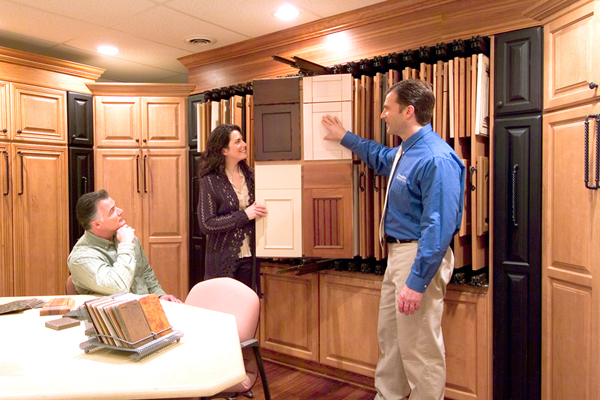 Franchisee Johnny Snyder will be opening a DreamMaker® Bath and Kitchen showroom and design center in Waco, TX.

How has your life changed since joining DreamMaker?

My family life has changed. My whole outlook on life has changed. I'm more family-oriented than I ever have been. My wife sees it. My kids see it. We go to church more often. It's affected me mentally, and people see it. People say, "What has changed about you? You're just aglow." I say, "It's God.” That's what it is. It's God. I've turned everything over to him. Finances. Everything. I don't worry about things anymore. There are things that I can't control. He'll take care of them.

When you started actually researching the company after that, what was it that attracted you?

Well, the systems that they have in place. Also, some of the franchisees I called during that time. They told me that as long as you follow the system, you will not fail. That was a big thing to me.

So, you really didn't have a professional remodeling background before this?

No, but that was OK. Everything is right there in front of you. Some people think that you have to be a remodeler in order to join DreamMaker, and I think I’m proving that that's not the case. Since they provide the system and everything else, not being a remodeler is a non-issue. Because if you follow the system, everything will be fine.

Can you name a part of the system that is really helpful?

We have a software system called EMT2. Most of the business processes can be done within this platform. That's part of what made me really gravitate towards it.

What does it do? Does it run everything?

It will pretty much, yes. It's a systematic way of how to approach doing bids, doing everything necessary to run your company. It's their technology. Nobody else has it. They developed it.

How has your previous experience in the corporate world helped you as a business owner with DreamMaker?

You know, knowing that side of the business — from balance sheets to debt-to-income ratio to supervising several people, up to 42 people at times — along with my background in research and development, have really helped.

You're going to be opening a design center. Tell us about that.

Join the DreamMaker® Bath and Kitchen faith based franchise

To find out more about DreamMaker® Bath and Kitchen’s home improvement franchise opportunity and the DreamMaker management team, download our free franchise report and start a conversation with us. You also can learn more by visiting our research pages.