Ann Arbor software company owner and his wife, a CPA, found the perfect business they could run together in DreamMaker Bath & Kitchen 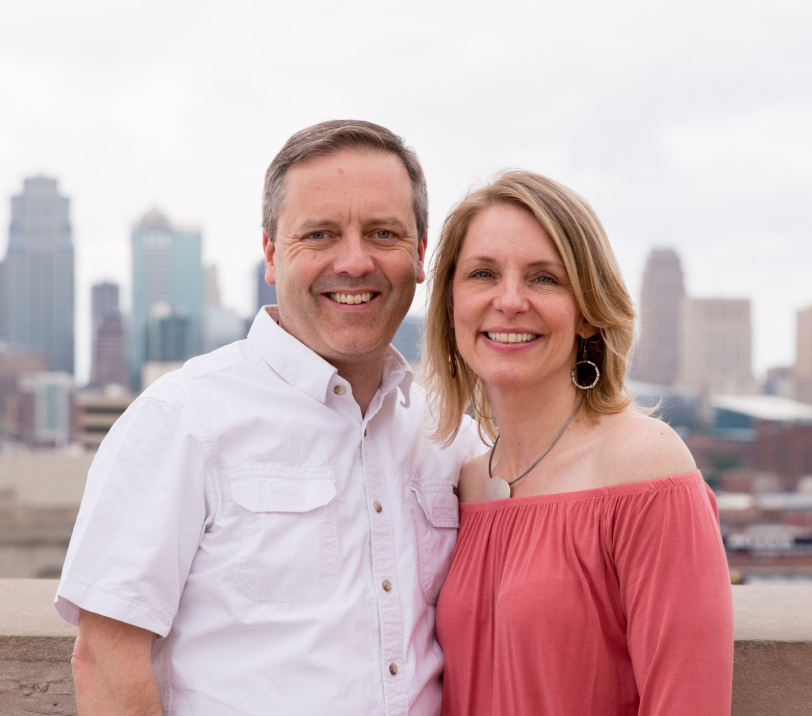 Lee and Brenda Willwerth have been running their DreamMaker Bath & Kitchen in Ann Arbor, MI, since 2005. They had been partners in the business with another couple until 2017, when they bought out the other half of the business. Today, they’re enjoying running a large territory on their own and experiencing DreamMaker’s strong profit margins. Here, they tell their story and explain why they think DreamMaker is a great franchise for couples.

What had the two of you been doing before?

Lee: Brenda, a CPA, was self-employed doing consulting work. I had just closed down a software development business and was looking for a new opportunity.

What made you choose DreamMaker?

Lee: We wanted something where Brenda could stay in our own home, and we wanted something in our community where we could serve our community. The culture of the company resonated with us initially — their core values, the way they run the business. We believe very much in what they are trying to achieve. They’re trying to build an organization that runs at a higher standard with how you treat people, how you treat each other. And we had a high degree of confidence in the organization itself.

Had the two of you ever worked together before?

Lee: Yes, Brenda was employed by my company for a time. So we had been working together for at least eight years. Not really working side by side, but we had to collaborate and exchange information.

Had the two of you considered any other franchise opportunities besides DreamMaker? You must have looked at some.

Lee: No, we really didn’t. Actually, we were not really looking for a franchise. We came across DreamMaker and started a conversation with them. And things just moved from one thing to the next. We felt like we were being led to DreamMaker, that we were brought to DreamMaker for a reason.

Had you been thinking about doing something in the remodeling space?

Lee: Yes, we actually were involved in doing some remodeling work. We had a small company established and we were doing baths, basements, things like that. We refurbished a couple of houses. So we were doing that sort of work, just on a very small scale.

How do you divide the roles in your business?

Brenda: When we first started, Lee was the entire production staff and eventually was in production management and then moved onto sales and design, and then sales management. And now he’s generally managing.

Lee: Brenda started out doing general accounting, from payables to financials and HR role. Initially we had another couple we were partnered with for most of the company’s history. We purchased their half of the business from them last year. Just this year, after we bought them out, we hired a bookkeeper who could take some of Brenda’s load, but she’s still higher-level finance and HR.

Tell me a little bit about what your staff structure looks like.

Lee: We currently have 20 people. We have nine in the field, eight carpenters and a production manager for them. We have five designers, a marketing person and a technical specialist that’s on the production side. And two back office workers doing accounting and personnel.

Now that you’ve bought the other half of this business, how large is your territory?

Lee: We have all of Washtenaw County (MI). We also own the territory to the north, Livingston County, and then we own the western edge of Wayne County. As for the population we would guess that it’s about 750,000. There are an awful lot of state universities included in our territory so additionally we have a large number of students. Actually though, we draw 95% of our business within 8-10 miles of our office. So the inventory of our territory is really fairly untapped.

And, do you work out of your home, or do you have a separate office?

Lee: No, we have a separate office. We have a Design Center with a complete showroom where the designers all work and a small warehouse there. Production staff operates out of that location as well.

How many kids do you have and how old are they now?

Brenda: We have two. A daughter who is 20 and a son who is 17. So one in college and one headed there next year.

When you first joined DreamMaker, you had small children at home. How did that affect your decision to go into business for yourselves and work with each other?

Lee: Well, it played into it of course, because there’s no travel and we can set our own hours. It was something we could control. So we could take off in the middle of the afternoon to go do the second-grade play. One advantage is that it’s an eight to five, Monday through Friday type business. Now, the reality is, when you’re the owner, you’re in the office all kinds of hours, right? And that’s true for most businesses. But business operations are conducted pretty much from eight to five, Monday through Friday.

So it’s not a service business where you’re doing service calls at one in the morning, and that’s kind of nice.

So, you felt like this opportunity afforded you more time to spend with your family, your children?

Brenda: It certainly did. Prior to this business, Lee had clients all over North America so he was on an airplane every other week. So there were a lot of little events that he missed out on when they were very young. This certainly helped with that.

Lee: For Brenda, when the kids were little she wanted to spend more time at home, so her hours were very few and very flexible and she worked from home. As we grew, her hours have gone up over the years as the kids have grown.

Okay, that’s kind of a perfect situation for a mom who wants to be hands-on, I would think.

Brenda: Yeah, and over the years… We have a son that’s very into competitive swimming, which means a lot of practices, a lot of swim meets. So being self-employed all those years, I was able to plan my days so that I could be there to get our son where he needs to be in the afternoon, that sort of thing.

So, if you got a call from another couple that’s looking for a business to run together and they asked you, what makes DreamMaker a great franchise choice for couples, what would you tell them?

Lee: Well, it’s not a business where you’re running a storefront that has all sorts of strange hours and is open seven days a week and is open late at night or early in the morning. It’s a business that runs pretty much on normal business hours, and we think that’s helpful. It’s one thing if you decide that the way you’re going to do it is that one person is going to stay home with the kids and the other is going to focus on the business, and you’re kind of dividing and conquering. But if you want to work together in a business, having something that mostly sticks to normal business hours is helpful.

In hindsight, we could think of a lot of franchise opportunities that don’t afford that as easily. There is a business near ours that’s a restaurant, for example, and it’s run primarily by a young couple. And the two of them are there all of the time. And they are there for ridiculous hours. So this is a business that affords you a little more flexibility. We’re not open on weekends. Yes, we work weekends, but that’s because we choose to come in and get some work done. We have just operations on the weekend. So that’s helpful.

We think just the culture of DreamMaker itself is a very family-oriented business. The franchisees themselves, we view ourselves as a family. We all know each other well. DreamMaker really, really pushes the work-life balance. They understand that if you’re a business owner, sometimes you’re going to work really long hours. But if they find out you’re not taking vacations, they’ll work with you to figure out what you have to do to make that happen. Because they’re not at all happy about that. They want you to take your time off. They want you to get your business to the point where you are able to do that. So you’ve got a business culture that actively and aggressively supports you trying to make it work well within your life and your family.

If you and your spouse have been looking for a great franchise for couples to work in together, we urge you to consider DreamMaker. To see whether the DreamMaker franchise opportunity is right for you, download our remodeling franchise information report. You can also visit our research pages to learn more about our bath and kitchen remodeling franchise.