Some remodeling businesses are growing like hot new startups. Here’s why.

It’s no secret the Great Recession was incredibly difficult for many in the construction industry, including remodelers. The market’s bust has turned into a boon for the strongest companies, which not only weathered the recession, but have experienced strong growth for the past several years. 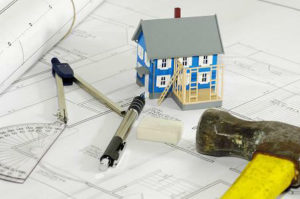 From 2011 to 2015, the overall remodeling industry grew 17.2% according to the Harvard Joint Center for Housing Studies. During that same timeframe, DreamMaker Bath & Kitchen franchisees saw average unit sales skyrocket 68%.

The recession put many homebuilders out of business, and many others moved into the remodeling industry to stay afloat. That’s because while the overall residential construction industry suffered a 60 percent decline during the recession, home improvement spending fell only 13 percent.

Amid the competition, many of those in the building trades left the industry for other lines of work or simply retired. According to the Bureau of Labor Statistics, Nevada employed more than 146,000 construction workers at the peak of the housing boom. Now, it employs a two-decade low of only 59,000 workers, a 59 percent decrease. This is representative of the whole country, not just Nevada. Nationally, construction employment has fallen more than 19% and as much as 50% in some of the hardest hit parts of the country, like Arizona, Florida and California.

For remodelers who weathered the recession and those who have started businesses since, the result of the industry’s labor tumult is a swell of opportunity. With less competition, the remaining contractors have more jobs available, which is a good problem to have.

Aging Baby Boomers, who are retiring and downsizing to smaller homes now that they've become empty-nesters, represent another major factor in the current success of the home improvement market.

This has led to a surge in the market of older homes that have not been updated in a long time, sometimes decades. Younger buyers have been snapping up these homes at a much lower cost than buying new construction and bringing them up to date with current styles and trends. In fact, the Joint Center for Housing Studies estimates that home improvement spending has doubled since 2012, representing a great opportunity for professional contractors as they meet the needs of 75 million homeowners.

Additionally, the 5 million homeowners across the country who will relocate to a new home each year are increasingly willing to engage in home improvement projects.

When you add all of this up and factor in that many of the larger builders, who had temporarily moved into remodeling, are now refocusing back on their core new-construction businesses, 2016 is expected to be a year of record home improvement spending and a great time to be in the home improvement business.

Learn how DreamMaker is outgrowing the industry

DreamMaker has been outgrowing the industry thanks to strong systems for managing the design process, the remodeling process and labor. We also use sophisticated online marketing strategies to generate leads for franchisees, and to help improve their sales process so they earn more jobs at higher margins.

To learn more, fill out a form to download our free franchise report and start a conversation. We look forward to answering your questions!