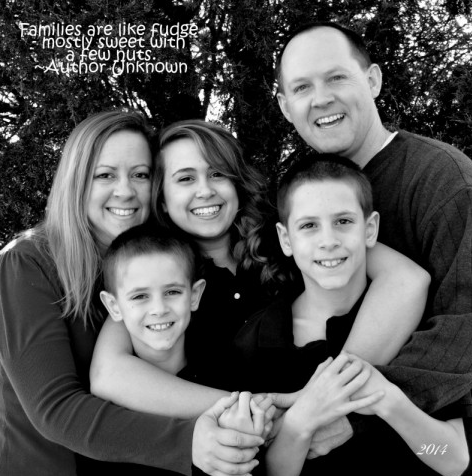 The Remole family. Brent Remole, an electrician, gets about a third of his business from working with the DreamMaker Bath & Kitchen franchise in Winston-Salem, N.C.

Electrician Brent Remole believes in educating customers so they can make the best choices for themselves.

“We have been very successful in not telling customers what they should do, but giving them all of their options and letting them decide how they want to go, whether they want the more economic option or the high-end option,” says Remole, who owns Cornerstone Electric and Media Services in Highpoint, N.C.

He’s been fortunate to find a business partner that practices the same philosophy.

Remole works regularly with the DreamMaker Bath & Kitchen franchise in Winston-Salem, N.C. Owned by Tracy Moore and Erik Anderson, the remodeling franchise gives customers what they want, never wastes time, and keeps both customers and subcontractors in the loop throughout renovation projects, Remole says.

In turn, Remole’s business benefits. Ever since Remole met Anderson during a North Carolina Home Builders Association event a couple of years ago, DreamMaker’s work has made up one-third of Remole’s business. “One of the things that impressed me right off the bat was Erik told me he is not involved in interacting with subcontractors in terms of hiring and bringing them on. He leaves that to his site superintendents,” Remole says. “I was very impressed with that because I see so many companies that micromanage, that want to get involved in so many things. But the site superintendent is out in the field and knows who is performing and who is not.”

James Colston, the franchise’s site superintendent, keeps Remole constantly updated on what’s going on with a project and when the electrician will be needed. “This is one of the benefits of DreamMaker,” Remole says. “James is absolutely incredible with schedule. He is able to do an incredible job in looking ahead at what projects are in the pipeline and gives us a heads-up.”

And when the schedule needs to shift — as is often the case with any kind of remodeling project — “he is very quick to be able to see the potential conflict and head that off usually far enough in advance that it doesn’t mess with our schedule,” Remole says.

Indeed, Remole is grateful for the proactive treatment he receives when working with DreamMaker since it helps him keep his own business running efficiently. It’s a tough task when he deals with his other clients who don’t have the same resources as DreamMaker. “I work with several different builders, and by far the advantage with DreamMaker, and their success, is that they have that site superintendent. A lot of builders try to fill that role themselves, but they don’t do it as well.”

Moreover, there is an overall sense of satisfaction surrounding every job. “I probably get more positive reviews from DreamMaker customers than with any of my builders,” Remole says. “When it’s a appropriate, I ask customers how they think the project is going. They are always optimistic and very pleased.”

The consistent reaction he receives from customers who work with DreamMaker is particularly noteworthy amid the horror stories about remodeling gone wrong on reality shows. “There are nightmares left and right on TV of projects gone wild,” Remole says. “DreamMaker has a good grasp on what’s going on. When things come up, they address them quickly and professionally and let the customer know; say if mold or significant damage turns out to be behind a wall, they will quickly bring the customers in and show them what has been discovered. The issue is addressed immediately.”

“Because DreamMaker has such a fantastic reputation not only with customers, but with the inspection office, things run so much smoother,” Remole says.

DreamMaker Bath & Kitchen helps franchise partners stand out by offering savvy, proven marketing plans and tools, excellent systems for operating your business, and a wealth of support to help you grow. To learn more about the remodeling industry, and why we are excited about the growth potential for our franchisees, visit our research pages. To learn even more, fill out a form to download our free franchise report and start a conversation. We look forward to talking with you!